A Fire Sale With A Difference 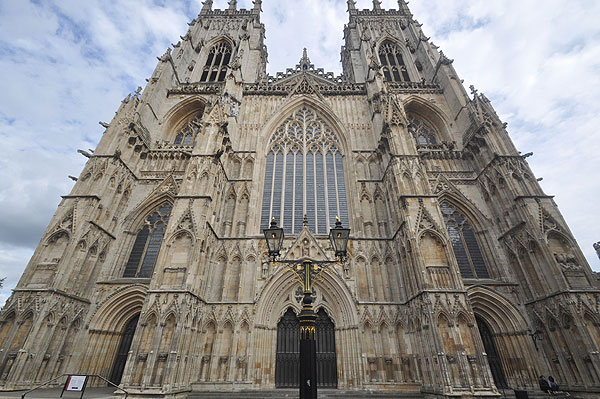 The 8 July 1984 was one of those stifling days, the sky charged, hyperreal, when the world feels like it’s holding its breath. The storm hit in the late evening. Fire crew from North Yorkshire Fire and Rescue watched the lightning streak across the sky as they made their way to their headquarters in Northallerton, a long nightshift before them.

Then, in the wee small hours of 9 July 1984 a lightning bolt struck York Minster, setting the south transept ablaze. 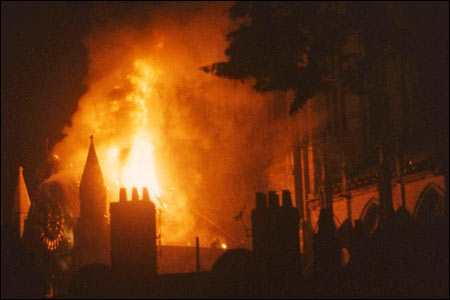 News soon reached the control room of Northallerton Fire Station. Alan Stow, York divisional fire commander, remembers the moment he arrived on the scene: ‘the burning timbers were exposed and the fire was progressing rapidly. Bits of burning debris were leaping into the sky and the fire had almost spread through to the central tower’.

More than 100 firefighters did their best to quell the flames, but it was soon evident that they had to cut their loses and bring down the transept to stop the fire spreading to the rest of the cathedral. Alan Stow discusses their tactics, how they set ‘a water jet onto the burnt timbers and they went down like a row of dominoes.

‘They thundered down. I wouldn’t have believed that a stone floor could shake but my word, it did.’ 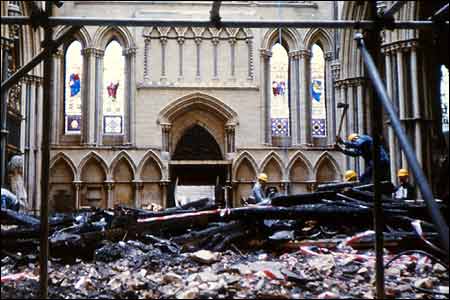 We like to think that our timber is pretty special – we only sell the finest wood products, pressure-treated to last. We can’t claim, however, that our timber is as unique as the medieval wood that went on sale in York today to mark the 30th anniversary of the devastating fire.

Yes, despite the massive damage, much of the wood was recoverable, if significantly charred. Superintendent of work for York Minster, Rebecca Thompson explains the decision to auction the 14th century oak pieces : ‘images of flames licking out of the roof of the South Transept have been widely used as we marked the 30th anniversary of the fire, so it seemed appropriate now to bring out some of the timbers that we have had in storage for three decades and make them available for people to buy’. 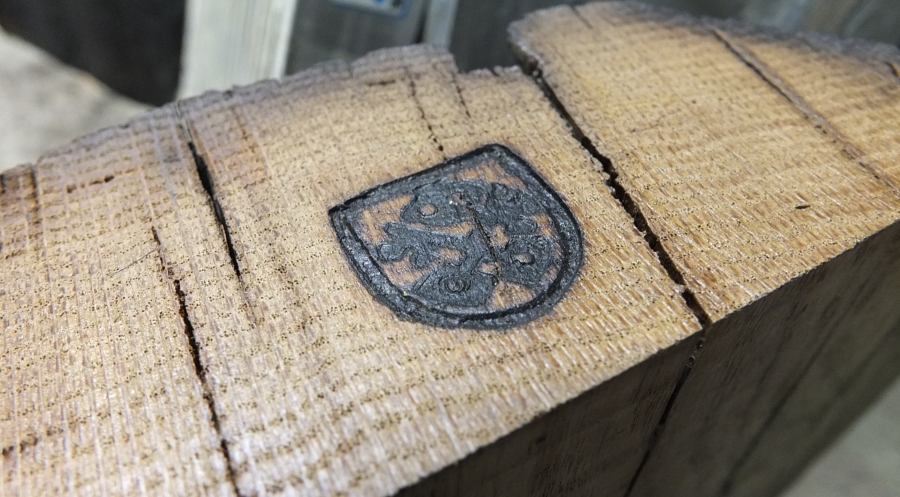 Many of the timber pieces are carved bosses, which once connected the ribs of the vaulted ceiling. In total around 100 items are going up for sale. Alongside the timbers, one standout piece is a pair of stone pinnacles, five foot high with intricate embossed leaf-carvings, called crockets.

What for many is a traumatic memory has been transformed into something more positive: ‘the wonderful thing about this auction is that people get to take home a piece of the historic building’s fabric’. The money will also go to a good cause, ‘contributing to the on-going task of maintaining it for future generations, as all the money made is ploughed back into future works’.